Dark Kin by Joe R Lansdale and Kasey Lansdale up for preorder!

Limited to just 250 copies!  Click on the cover image to reserve a copy today! 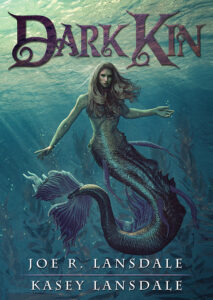 You’ll find these captivating and extraordinary tales all within Lansdale and Lansdale’s, Dark Kin.

Award winning author Joe R. Lansdale has teamed up with his daughter, Kasey Lansdale, to bring you a short story collection that dives deep into the shadows, and the dark realms of the imagination.

Welcome to the family…

The Case of the Ragman’s Anguish

Joe R. Lansdale is the internationally-bestselling author of over fifty novels, including the popular, long-running Hap and Leonard series. Many of his works have been adapted for television and film, most famously the films Bubba Ho-Tep and Cold in July, and the Hap and Leonard series on Sundance TV and Netflix. Lansdale has written numerous screenplays and teleplays, including the iconic Batman the Animated Series. He has won an Edgar Award for The Bottoms, ten Stoker Awards, and has been designated a World Horror Grandmaster. Lansdale, like many of his characters, lives in East Texas.

Kasey Lansdale has been in the fiction world since birth as a writer, editor, audio book narrator, and creative professional. Based in Los Angeles, Lansdale is an active voting member of the HWA, and currently serves as executive editor at Pandi Press. As an author and editor, she has released numerous short-stories and anthologies from publications such as Harper Collins, Titan Books, and more. Lansdale has had her fiction adapted for television, as well as comic books, and her first scripted audio drama is in production. She lives in LA with her boyfriend, and some type of poodle doodle.

Limited edition of Road of Bones by Christopher Golden up for pre-order!

Click on the image below to pre-order your copy today! 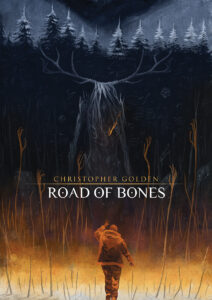 ROAD OF BONES
by Christopher Golden

Siberia’s Kolyma Highway is 1200 miles of gravel-packed permafrost within driving distance of the Arctic Circle. A narrow path known as the Road of Bones, it is a massive graveyard for the former Soviet Union’s gulag prisoners. Hundreds of thousands of people worked to death and left where their bodies fell, consumed by the frozen elements and plowed beneath the road. Documentary producer Felix “Teig” Teigland is in Russia to drive the highway, envisioning a new series capturing Life and Death on the Road of Bones with a ride to the town of Akhust, “the coldest place on Earth,” collecting ghost stories and local legends along the way.

However, when Teig and his team reach their destination, they find an abandoned town, save one catatonic nine-year-old girl—and a pack of predatory wolves, faster and smarter than any wild animals should be. Pursued by the otherworldly beasts, Teig’s companions confront even more uncanny and inexplicable phenomena along the Road of Bones, as if the monsters of the ancient wilderness itself were haunting them. It is a harrowing journey that will push Teig to the edge of human endurance.

“Christopher Golden’s Road of Bones is tightly wound, atmospheric, and creepy as hell. It will take you to a place you’ve never been before, and the trip will scare the hell out of you. I loved it!” ―Stephen King

“I don’t know how else to say it. This book is scary as f***.” ―Catherynne M. Valente, New York Times Bestselling author of Comfort Me With Apples
“Golden is writing at the top of his game.” ―Publishers Weekly (starred)

“Will chill even the most jaded readers.”—Booklist (starred)

“Just try and put this book down, I dare you.” —Stephen Graham Jones, bestselling author of The Only Good Indians

This book is only available for purchase directly from the publisher in the United States and Canada. 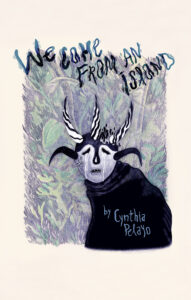 WE CAME FROM AN ISLAND
by Cynthia Pelayo

Bram Stoker Award nominated author Cynthia Pelayo’s We Came From an Island is a limited edition chapbook that includes three short stories dealing with family, grief, and the Puerto Rican Diaspora – “Boricua Obituary,” “The Lament of the Vejigante,” and “The Puerto Rican Syndrome.”

Click on the image to order your copy today!  Only 50 copies produced.  This book will start shipping on Tuesday 8/30. 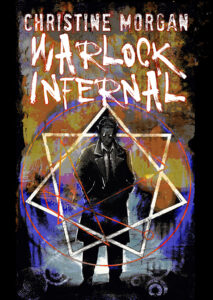 Six minutes into the unholy consummation, someone finally thought to cut the live feed … but the momentous events were only just getting underway! As the Hell-Centurion Favius claims his kingdom and queen, as the Wall rises and the Dome descends, the survivors trapped inside will face some critical decisions.

Six hours ago, Gregory Nachtwald was holding hands with an angel … and how can anybody go back to any sort of normal life after that? Especially as a newly-awakened warlock with a dark and mysterious family legacy, possessing powers he hardly understands?

Six days later, they went for the nuclear option … a disgruntled and betrayed nation, and a terrified world, preparing to unleash their ultimate weapon against the diabolical stronghold that had once been a remote Florida lake.

Welcome back to Lake Misquamicus for another smutty, gory, depravity-laden adventure in WARLOCK INFERNAL, sequel to the Splatterpunk Award winning LAKEHOUSE INFERNAL! 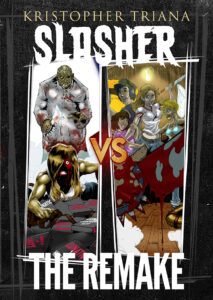 SLASHER VS THE REMAKE
by Kristopher Triana

HE’S NOT FREDDY, HE’S NOT JASON…HE’S ALL WASHED UP.

As Nicky Hector—the unstoppable slasher from the Lunatic horror movie franchise—Jonathan Zain reached levels fame once unimaginable to a young actor. On top of headlining fifteen films, he appeared on MTV, had his own 976 number, and became one of the most recognizable faces of the 1980s.

But that was thirty years ago.

Now it’s 2010, and Zain is a has-been celebrity making his living signing autographs at fan conventions, a relic of the bygone slasher movie boom. He’s broke, separated from his wife and children, lives in a crummy apartment, and hasn’t landed a role in years.

When he learns the studio is remaking Lunatic, he thinks it’s his chance for a comeback. But Redmax Studios isn’t interested in resurrecting Zain’s fame. They want the reboot to have a new face, to escape the campiness that plagued the latter films in the Lunatic series. For the studio, this is a brand-new start.

Discovering the remake is being filmed at the same rafting center as the original, and his former “final girl” co-star Lola Lang is involved, Zain begins a descent into insanity. He slips into his old costume, sharpens his meat cleaver, and brings the Nicky Hector character back from the dead for one last bloodbath.

“Kristopher Triana’s latest is a chillingly convincing portrait of an aged horror icon driven to the brink of madness as he fights tooth and nail against an inexorable slide into irrelevance. Loaded with fun references to the glory days of the slasher genre, Slasher Vs. The Remake is a bloody and thrilling feast for horror fans.”

Once upon a time they were the cool kids. The most popular by far in the class of 1999. Then in senior year something terrible happened, a tragedy brought about by their shameful behavior one drunken night. A solemn vow was made to never speak of it and never see each other again after graduation. Now, decades later, they’ve received invitations to an exclusive Christmas Day event at remote Raven’s Reach manor. The lure? A shot at winning a million dollars. Once they’re together again, bad things start happening. Is this the past finally catching up to them or something far more sinister?

On the night before Halloween, a Satanic mass is held deep in the woods outside a small American town. Followers of the dark faith are assigned a mission in a message delivered by the devil himself. On Halloween, they must deliver a bounty of pure souls to their dark master. By killing virgins. As Halloween begins, so does the all-day horror movie marathon hosted by Count Victor von Gravemore on Channel 39. Many will be watching as real horror invades their lives and screams ring out all over town.

3: Race with the Devil

It’s Halloween night in 1987. The era of fast cars, big hair, and glam metal is in full swing. A group of young friends push their appetite for destruction to the limit as they race along dark and dangerous back roads in search of a rumored epic spook night beer bash out in the boonies. But things take a tragic turn when they encounter a smirking villain in a sinister black car. They become trapped in a haunted nightmare country with no obvious way out. Before long, it’s time to strap in tight, grab another cold one, and race with the devil. First to the finish line might even get to live.