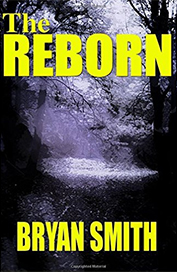 The Reborn
by Bryan Smith

“THE REBORN is part gory thriller with a supernatural twist, part hilarious screwball rom-com, and all awesome.”–THE HORROR FICTION REVIEW

Murder. Sexual violence. Necrophilia. These are the things Josh Booker has fantasized about since he was a boy. For years the conflicted young man struggled to contain the dark urges growing inside him, but now he has succumbed and taken his first victim. In the aftermath, he alternately feels elation and despair. Now that he’s done it once, however, the urges are stronger than ever and he knows he will kill again. But then something unexpected happens. His first victim returns, alive again and in a pristine new body. For reasons unknown, Mia Holloway finds herself helplessly drawn to the man who killed her. Together they descend into a twisted nightmare of complications and bloody murder.

“THE REBORN is Bryan Smith’s most Laymon-esque novel to date.”–Brian Keene, author of The Rising