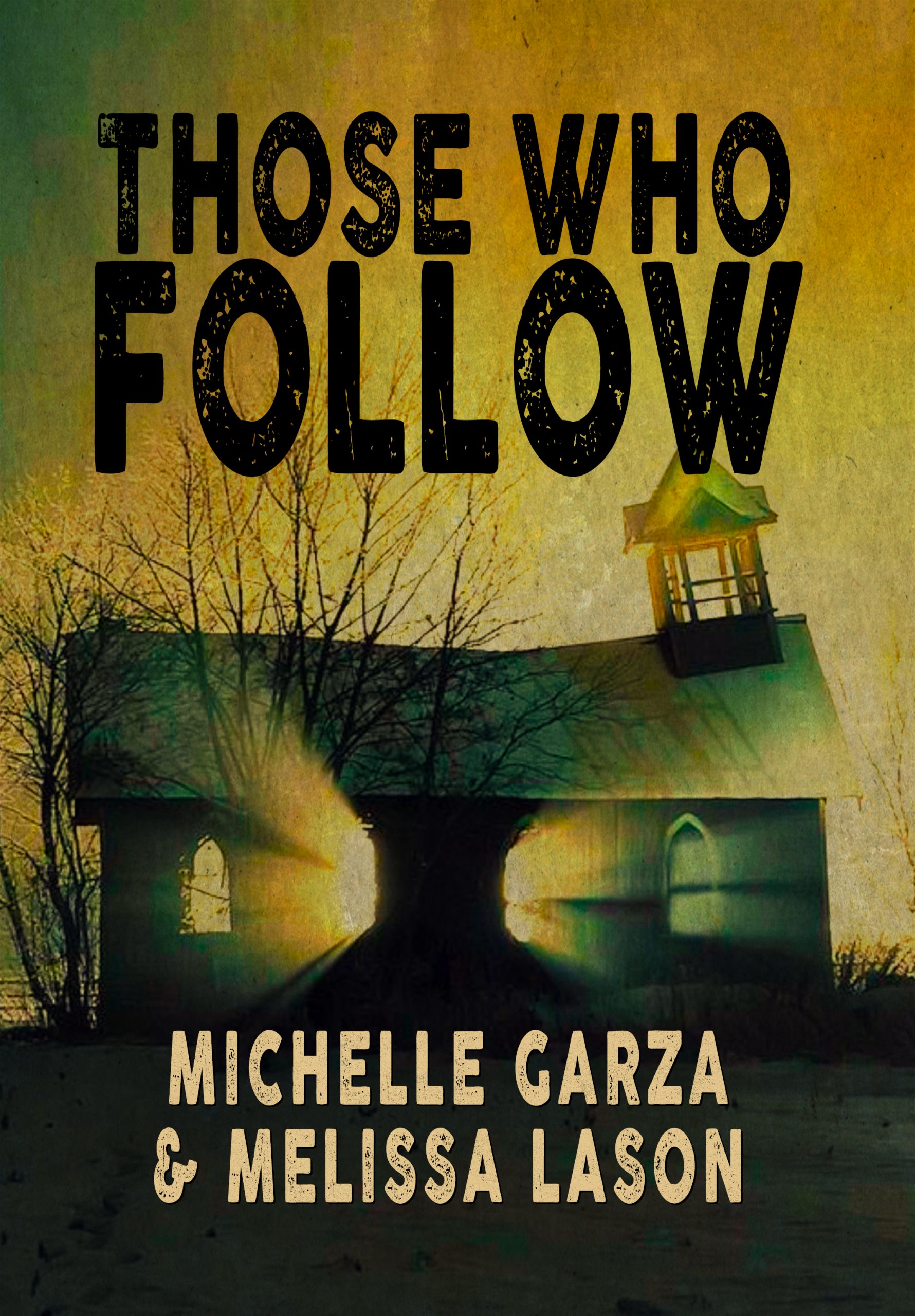 Those Who Follow
by Michelle Garza and Melissa Lason

Tormented by visions of women imprisoned in the middle of a barren wasteland and an old man with a yellow-toothed grin, Casey has been wandering this country’s highways following a song that she believes will lead her to her other self.

A CHURCH IN THE MIDDLE OF NOWHERE

Held captive in a desecrated shrine, Celia would have given up long ago if not for a song that keeps her hope burning. Someday she will escape from the shadowy creatures that claw at the windows of the church, the monstrous dog with a taste for human flesh, and the old preacher with inhuman powers.

A BOND THAT CROSSES WORLDS

Two women divided by fate but connected by blood. Will the song help them lead the way to each other and defeat the forces aligned against them? Or will they suffer the dreadful fate of…