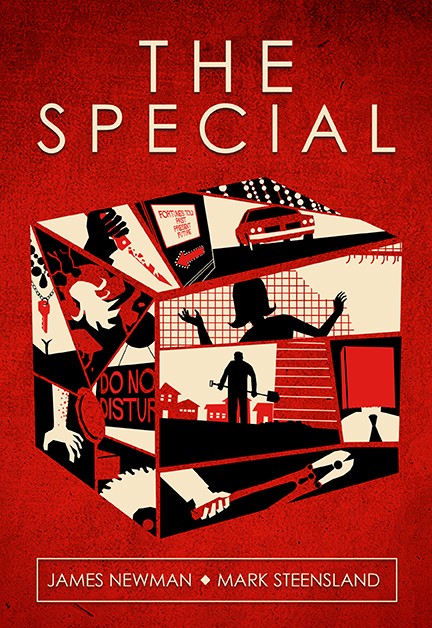 The Special
by James Newman and Mark Steensland

Jerry Harford is fed up. Overworked. Underpaid. And damn near certain his wife is cheating on him. He’s never been one for revenge, but his friend Mike talks him into thinking about JERRY just this once.

Now Jerry can’t get enough of The Special. He’s obsessed, and he wants it all to himself.

Before long, Jerry’s going to learn that pleasure has a price and whoever said “Hell is the truth seen too late” was right … terribly right.

ADVANCE PRAISE FOR THE SPECIAL

“Reads like the twisted love child of David Cronenberg and Clive Barker. The Special is a grim fable of sexual addiction that will haunt your dreams long after you finish it.”

“It won’t make you go blind, it won’t put hairs on your palms; it WILL make you go ‘Ewww!’ The Special is a darkly humorous tale of sexual obsession and addiction, featuring the most mysterious box this side of Se7en. Read it … and then wash your hands.”

“Completely f**ked up in the best possible way. Absolute insanity from beginning to end. I loved it!”