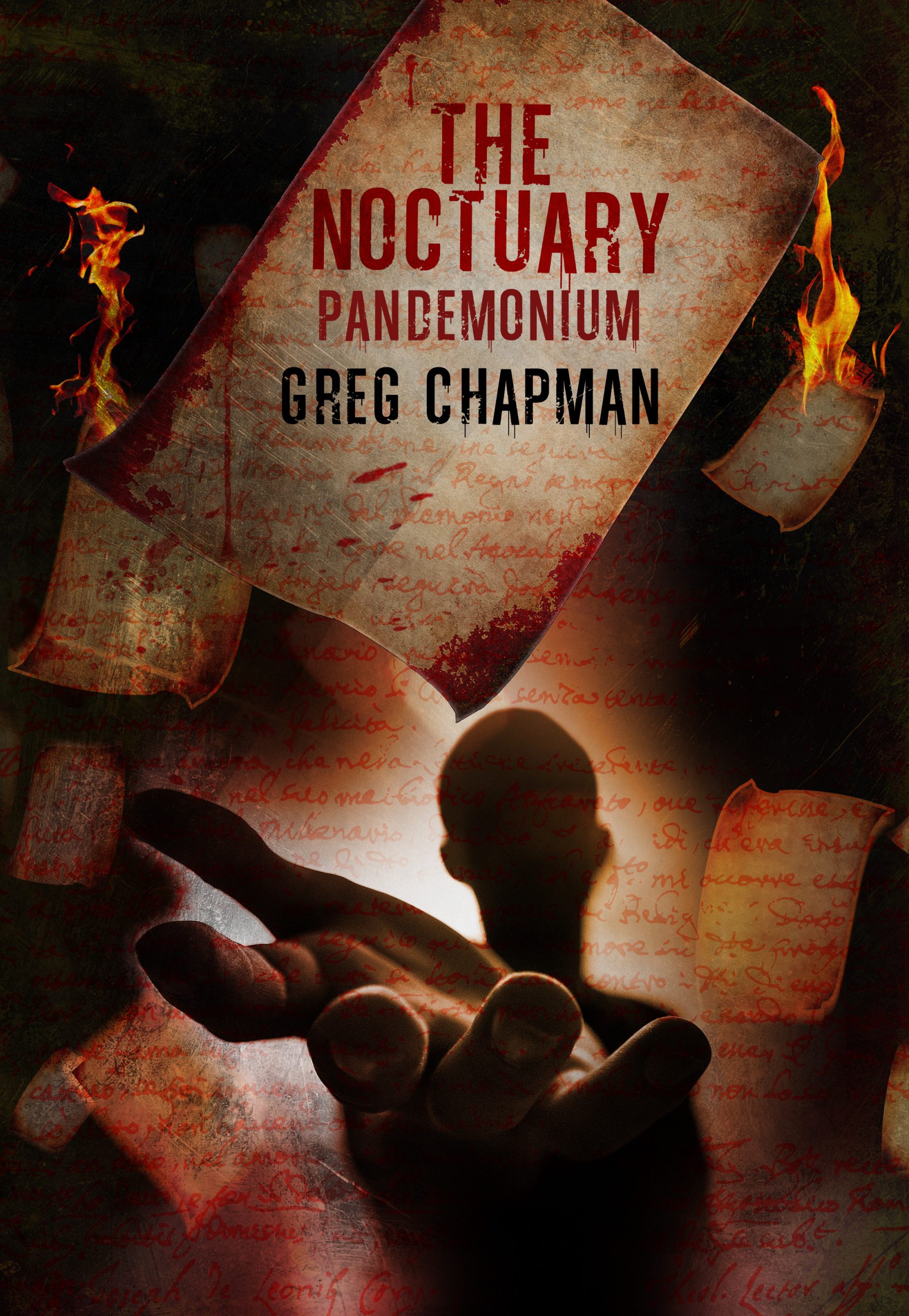 The Noctuary Pandemonium
by Greg Chapman

But, when a bloodstained manuscript penned by Ryan arrives at his office, Desmond begins to doubt everything he thought he had known—not just about the troubled author’s past, but his own sanity. Desmond seeks the truth. Instead, he discovers the wellspring of madness.

In Pandemonium, the sequel to his acclaimed 2011 novella The Noctuary, Greg Chapman drags you deeper into the nightmarish reality of the Dark Muses—creatures forged from the very darkness in our own souls.

The words contained within will drive you mad… and damn you to Hell.