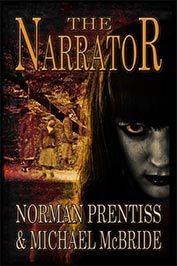 Something is wrong with Julia Linder’s sixth grade class.

One boy’s harmless tendency of getting lost becomes a crippling fog of disorientation. A girl’s mild twitch turns into an obsessive pattern of frightened raps and repetition. The symptoms are spreading and the source seems to be stories that seize upon the children’s deeply seated fears and intensify them exponentially.

But how can mere stories change their behavior?

Abbie is a bright girl at the heart of the mystery. The others are inexplicably drawn to her and become increasingly devoted to her with each passing day. Is it possible that Abbie is manipulating her classmates and using their worst fears against them?

The secrets are locked in tales from the past, where only The Narrator can find them.