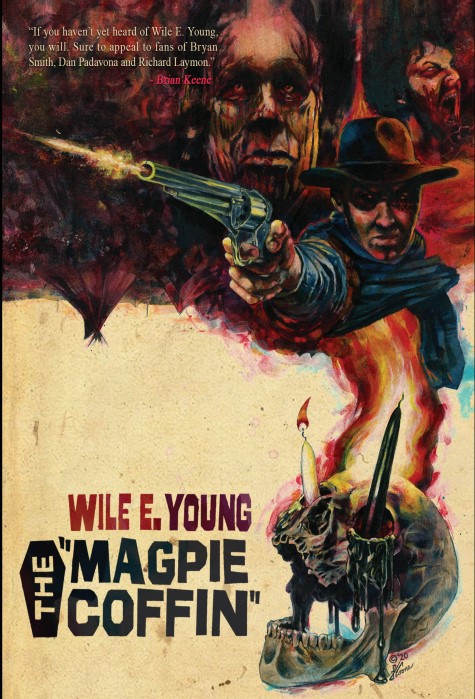 The year is 1875 and outlaw Salem Covington has spent the last twenty years collecting stories, possessions, and lives. Nicknamed “The Black Magpie” for his exploits during the war, Salem has carved a bloody trail across the western territories. Informed that his mentor, Comanche shaman Dead Bear, has been murdered. Salem vows vengeance on the perpetrators. Enlisting the help of an army scout and preserving the body of his mentor in a specially made coffin, he sets out in pursuit. But the choices of Salem’s past that earned him the moniker “Black Magpie” are riding hard behind him and the only weapon that can kill him might not be as far away as he thinks.The Magpie Coffin is an unrelenting tale of revenge, with precise brutality and extreme violence.