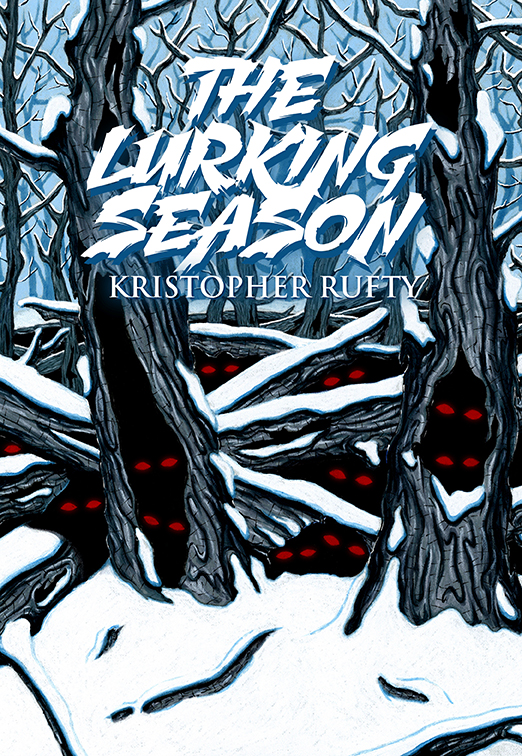 The Lurking Season
by Kristopher Rufty

The legends were true. The creatures were real. And now they’re back!

People have whispered about the tiny humanoid creatures in the woods and cornfields of Doverton for decades. Three years ago, a wildfire devoured much of the rural village, but as the ashes were cleared, more questions were uncovered-including abandoned houses, missing people and dead bodies.

Since the fire seemed to wipe out the majority of the town’s woodland acres, the murmurs about the creatures have gone quiet. The residents have begun to rebuild their lives, trying to forget about the tragedy that nearly killed them all. Yet the mysteries remained unsolved. Now a group of people will go there with good intentions, venturing into the dead heart of Doverton, thinking it’s safe. But they will find out that the legend was only sleeping. Now it’s awake. And ready to kill again.