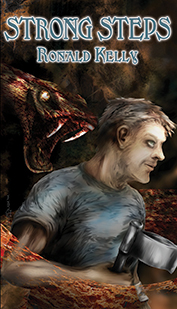 Cerebral Palsy was a bitch, but Ed Myers had never let it get him down.

The crutches, the stuttering, the physical instability … obstacles, yes … but never the sum of who he was or what he could accomplish.

Then the nightmares began, full of helplessness and frustration, as he witnessed his son, Daniel, being abducted by a mysterious man with a snake tattoo that ran the length of one arm… and Ed unable to protect or intervene. As the dreams slowly merged with reality and the culprit was revealed as a demon from Hell itself, Ed knew that steps must be taken to save his only son and send the fiend called John Legion back to the pit from which he had emerged.