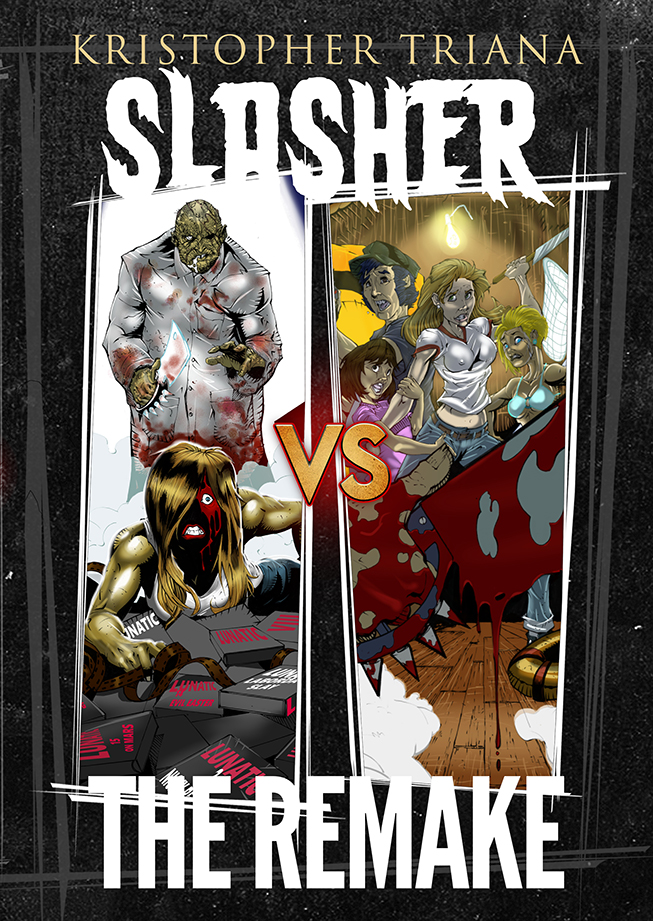 Slasher VS The Remake
by Kristopher Triana

HE’S NOT FREDDY, HE’S NOT JASON…HE’S ALL WASHED UP.

As Nicky Hector—the unstoppable slasher from the Lunatic horror movie franchise—Jonathan Zain reached levels fame once unimaginable to a young actor. On top of headlining fifteen films, he appeared on MTV, had his own 976 number, and became one of the most recognizable faces of the 1980s.

But that was thirty years ago.

Now it’s 2010, and Zain is a has-been celebrity making his living signing autographs at fan conventions, a relic of the bygone slasher movie boom. He’s broke, separated from his wife and children, lives in a crummy apartment, and hasn’t landed a role in years.

When he learns the studio is remaking Lunatic, he thinks it’s his chance for a comeback. But Redmax Studios isn’t interested in resurrecting Zain’s fame. They want the reboot to have a new face, to escape the campiness that plagued the latter films in the Lunatic series. For the studio, this is a brand-new start.

Discovering the remake is being filmed at the same rafting center as the original, and his former “final girl” co-star Lola Lang is involved, Zain begins a descent into insanity. He slips into his old costume, sharpens his meat cleaver, and brings the Nicky Hector character back from the dead for one last bloodbath.

“Kristopher Triana’s latest is a chillingly convincing portrait of an aged horror icon driven to the brink of madness as he fights tooth and nail against an inexorable slide into irrelevance. Loaded with fun references to the glory days of the slasher genre, Slasher Vs. The Remake is a bloody and thrilling feast for horror fans.”