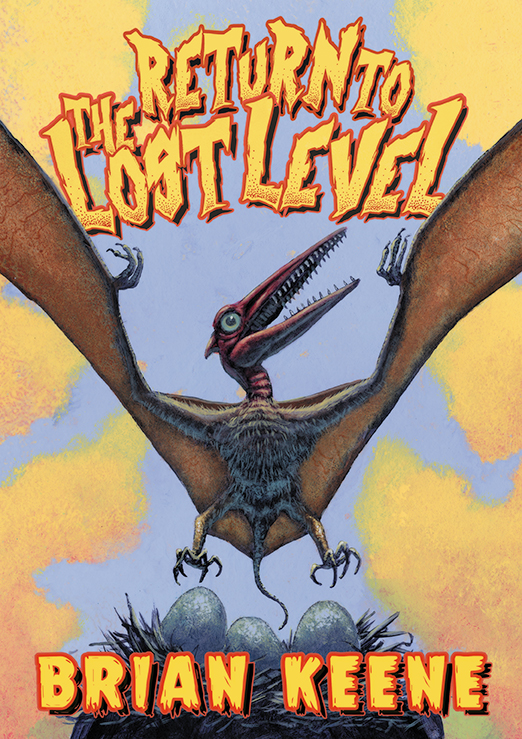 Return to the Lost Level
by Brian Keene

War has come in this sequel to the best-selling novel THE LOST LEVEL. The snake-like Anunnaki have always been a blight for the people living in the hidden dimension known as the Lost Level, but now, the denizens are fighting back. After their community is decimated and their loved ones are enslaved in the aftermath of a devastating Anunnaki attack, Aaron Pace leads a diverse group of warriors — including the bowwoman Tolia, the mighty Karenk, a baby Triceratops, and a time-displaced Ambrose Bierce — on a trek through primordial jungles, dark forests, and a sun-blasted desert while battling pterodactyls, man-eating worms, and other dangers. Can their small band lay siege to the Anunnaki city and rescue their friends, or will they suffer the same cruel fate so many others have before them? Find out in Brian Keene’s RETURN TO THE LOST LEVEL. (Includes a bonus short story!)

Note to collectors: In order to match numbers from book 1, your order must be completed by 4/16/17.

Return to the Lost Level is scheduled to start shipping in May 2017.

Also, if you missed out on the limited edition of the first book and would like to get on-board with this series, I have a very small handful of numbered editions left over. Email me at thunderstormbooks@gmail.com if interested.