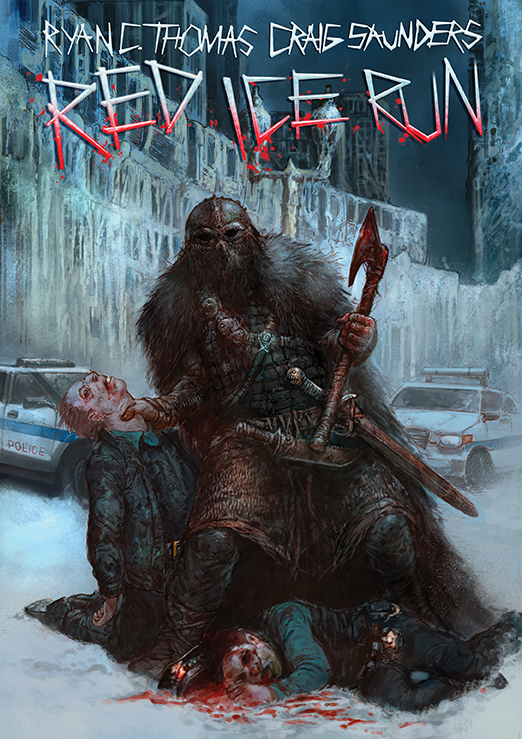 It’s snowing like crazy in Chicago on a bad day for mob brothers Mallory and Kelly. They’re the kind of guys people move aside for, if they know what’s what.

Makes no difference to the brothers what the weather does, though. It’s just another day, just one more body on the floor. At least it was, ’til everyone started gunning for them.

That ain’t the worst of it, either. It’s not just the mob out for their blood. A giant Viking is trying to take their heads off, which is odd. Throw in a bag full of glowing wood, an Irish sword-wielding hitman, and a junkie femme fatale, and it’s not just a bad day, it’s the worst.

When night falls, though, it’s not only blood staining the snowy city streets. The ice itself is turning red and whatever comes after worst…?

This is definitely that.