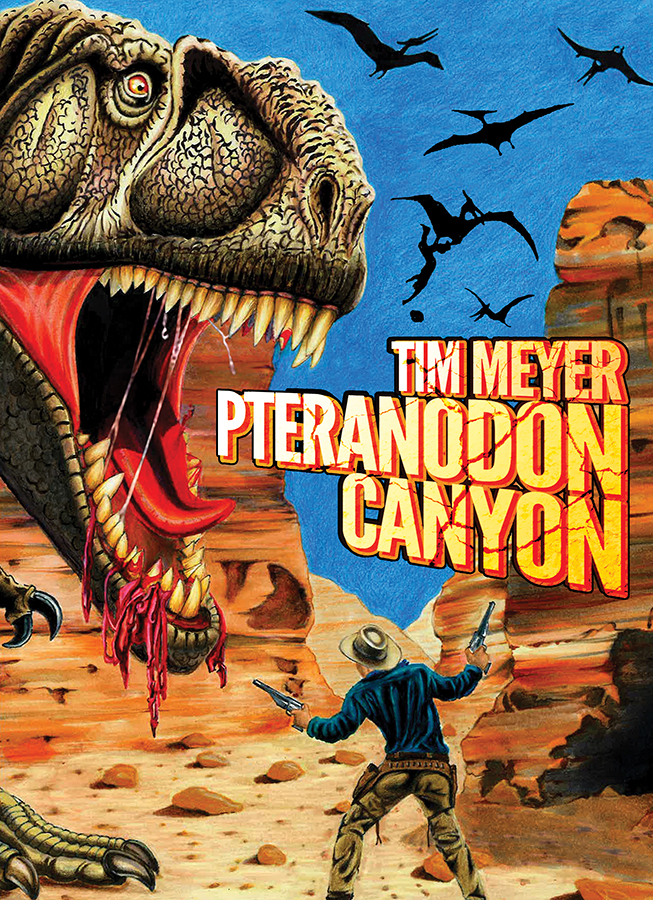 It’s 1874 and Pteranodon poaching has just been made illegal, but that doesn’t stop some outlaws from profiting off the killing. Rumor has it the infamous bandit, Francis Burner, previously presumed dead, is running an operation out near western Wyoming, which has some folks mighty flustered.

Esteemed bounty hunter Charlie Archer isn’t looking for that one last majestic ride into the sunset. He’d much prefer to spend his days hitting the bars and blackjack tables, and his evenings mourning the loss of his family. But when a representative from the United States government comes knocking on the door with an opportunity too good to turn down, well….looks like Charlie will be jumping into that saddle for one last hunt – track down the bastard Francis Burner, murderer of his wife and child.

Charlie gathers up a posse and sets off on a bloody and brutal adventure across the Old American West, territories populated by carnivorous dinosaurs and human scoundrels aplenty.

So, saddle up. It’s high noon and the day is hungry.