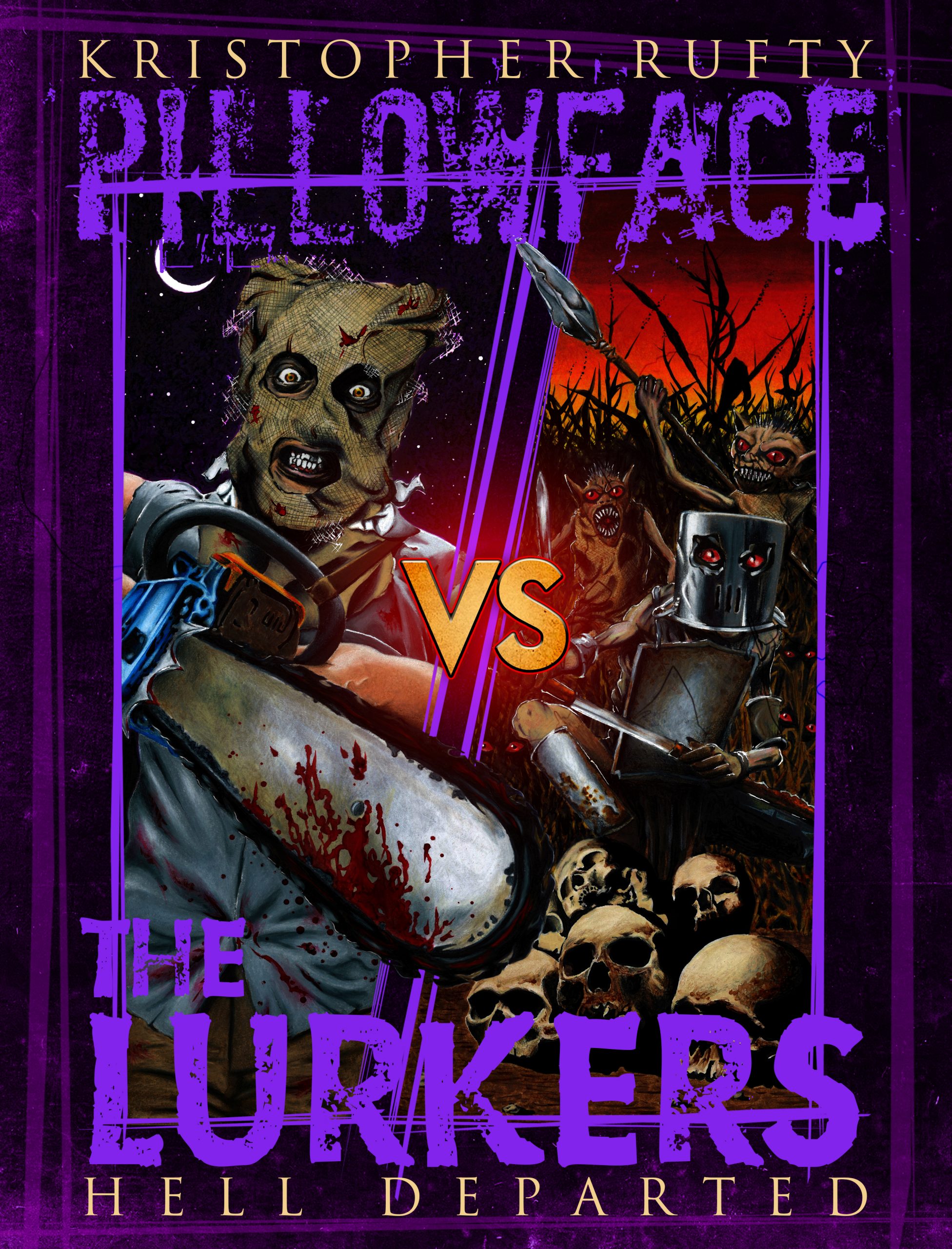 Pillowface VS The Lurkers
by Kristopher Rufty

They’ve lived in the woods and cornfields for too long. Now they’re out, killing anyone that crosses their paths. The town of Doverton has been nearly wiped out, due to the army of small, humanoid creatures with sharp teeth and bloodthirsty appetites. Those who have yet to be added to the creatures’ menu, live in fear and seclusion.

But that is about to change with the arrival of three psychopaths on the run from a bloodbath they left behind in North Carolina. Pillowface, Buddy, and Carp are looking for a quiet place to hide, a place to recharge and heal so they can kill again. Little do they know, another form of monster is waiting for them, ready to give them their biggest challenge to date. These madmen are an army of three, but Doverton’s tribe of ancient creatures have never faced such a deadly threat.

The fight will be bloody. Many will die. And those caught in the middle of this war will be lucky to survive.