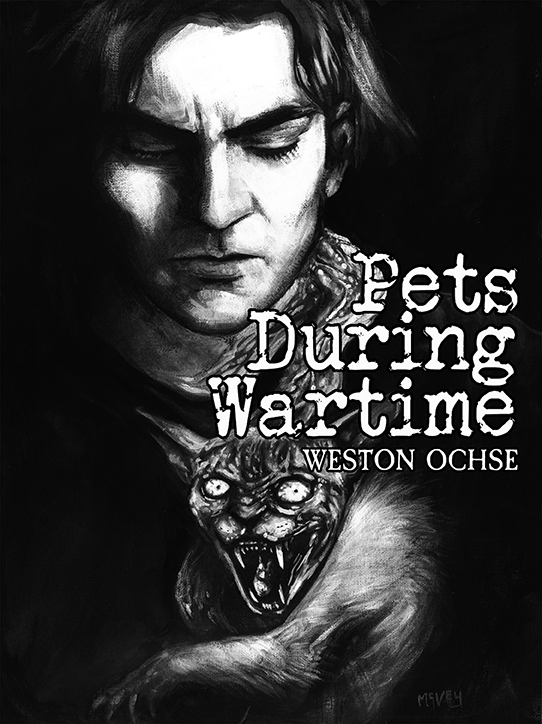 Pets During Wartime
by Weston Ochse

Corporate and government messaging has transformed the idea that man’s best friend was the enemy of the human race. The advertising campaigns alone were geniuses of propaganda. Human psyche was bought and sold by the fear that any interaction with a pet, even the slightest, could cause a slow and excruciating human death; not just for one, but for the all of the elderly residents of the sixty-three McCain Freeholds in the Arizona Exclusion Zone—all for want of a drop of water. With the help of Evelyn 2.0, Colorado Compact River Regulator Ray Gunn has a chance to change it all, but will he be able to get past his own set of horrors and his own memories of the way things were before he can accomplish his mission? Because there is no doubt that this is a war and there’s really no reason anyone shouldn’t be able to have a pet, even during wartime.