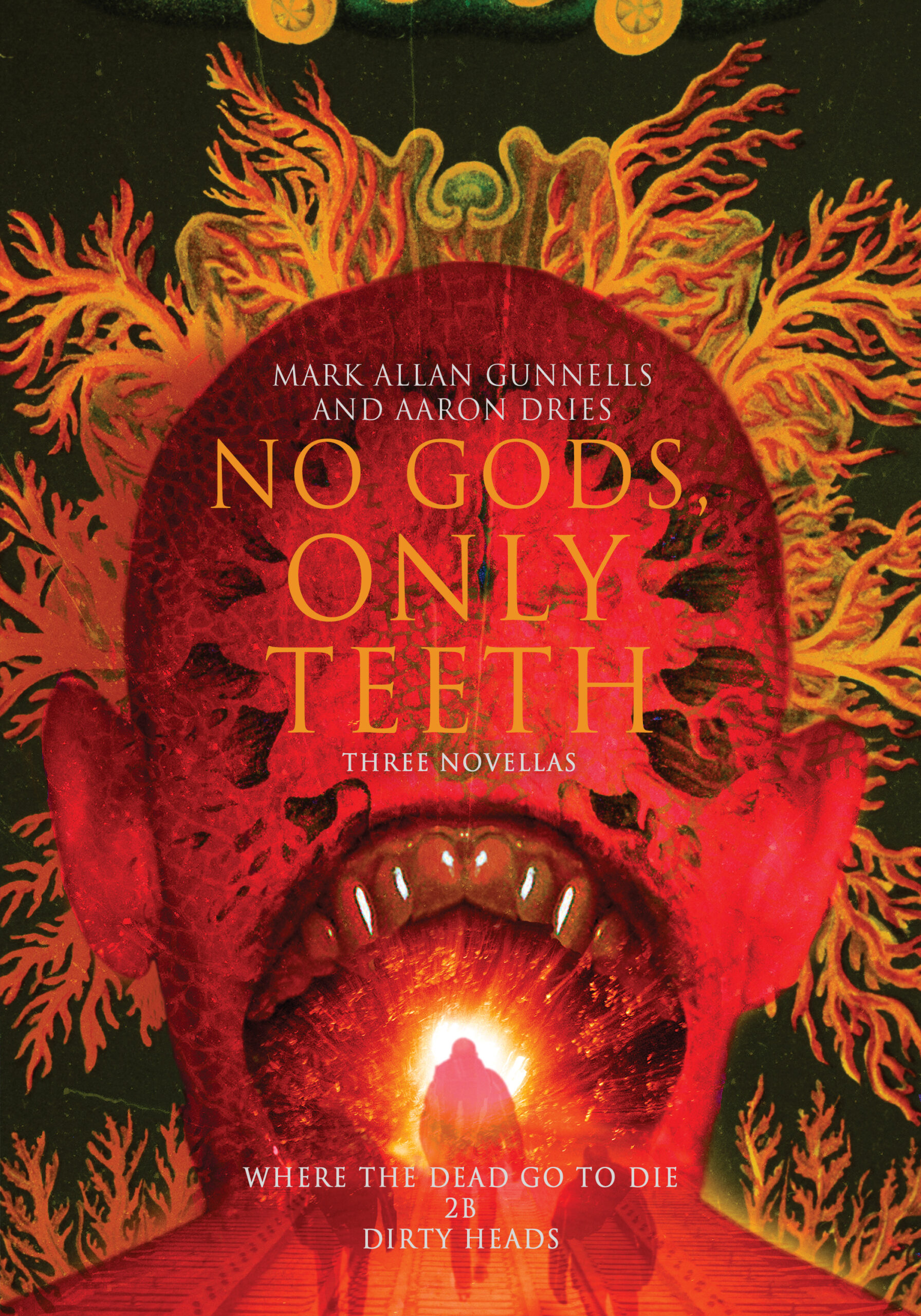 No Gods, Only Teeth
by Aaron Dries and Mark Allan Gunnells

A world of horror and imagination.

Gunnells presents 2B, a story about the life (and death) of Berkley Simmons and his return to the site of his ex-boyfriend’s suicide. And just when it seems the worst thing that could ever happen has happened, Berkley learns how grief is only the tip of the iceberg. Breakups have never been this horrific.

The second novella is Dirty Heads by Dries. This queer, cosmic, coming-of-age story is about Heath Spooner, a teenager in 90s Australia whose life is turned upside down when an otherworldly entity consumes his life right as he’s forced to deal with his burgeoning sexuality.

And finally, Gunnells and Dries collaborate on the modern-day classic, Where the Dead Go to Die, a disturbing and melancholy spin on undead tropes. Emily has started working at a hospice for men, women, and children infected with an incurable zombie-like virus, where they will be cared for by a dedicated team of passionate nurses … until these patients are humanely euthanised. But here at The Hospice, the death of death is only the beginning.

NO GODS, ONLY TEETH invites you to experience terror as only Gunnells and Dries could ever conjure it.