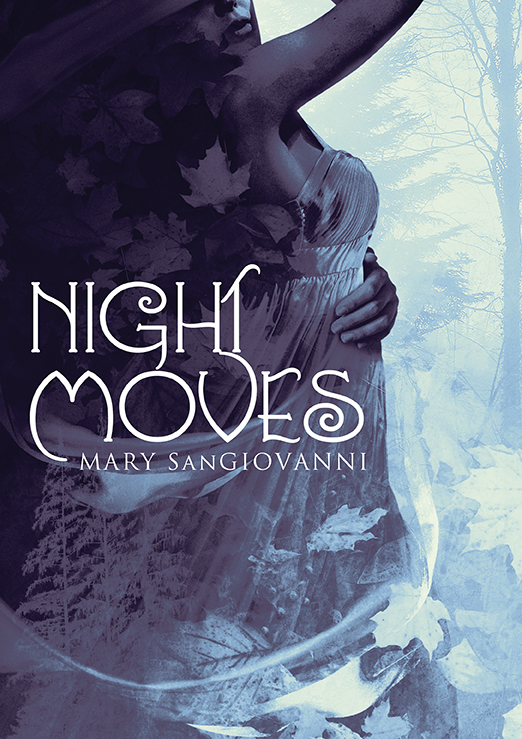 From award-winning author Mary SanGiovanni comes a collection of some of her best short fiction to date. NIGHT MOVES is a frightening journey through the shadowed and often deadly lands that overlap our world…and others. Love and loss, self-respect and self-image, obsession and compulsion, and the things that drive people slowly insane carve a path through the darkness:

• An ancient, silent evil from beneath an abandoned theater hunts those who invaded its sanctuary.
• A mother’s grief opens a door to a realm of shadows.
• The death of a woman’s fiancee initiates a fate worse than death.
• An apartment in a run-down building contains the darkest secrets of known and unknown universes.
• A wellness retreat in the woods becomes ground zero for a horrible otherworldly discovery.
• A grown woman’s loss of her teeth, one by one, is only the beginning of the unthinkable changes in her life.
• A traumatic memory comes back to haunt a woman who had run all the way to Japan to try to escape from her own guilt and loneliness.
• Ancient gods and monsters abound in small towns of Americana past and of the not-too-distant future.

It is indeed funny how the night moves, and in it, the monsters are closing in….