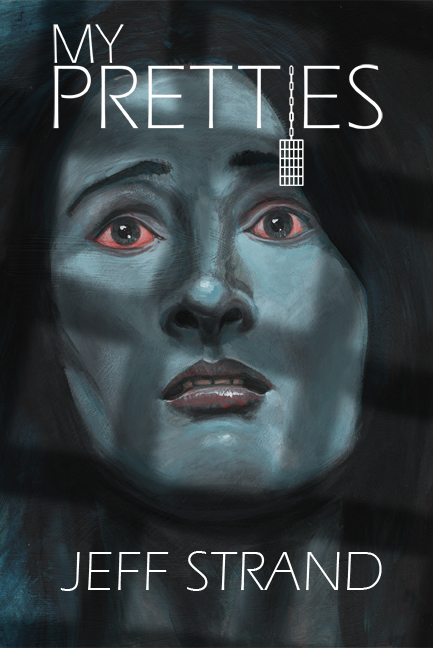 My Pretties
by Jeff Strand

A serial kidnapper is preying upon women. He abducts them, then locks them in one of the cages dangling from the ceiling in a soundproofed basement. There, he sits quietly and just watches them, returning night after night, hoping he’ll be in the room at the moment his beautiful captives finally starve to death.

Charlene and Gertie have become fast friends at the restaurant where they work. But Charlene is concerned when she hears how her co-worker spends her evenings: Gertie’s cousin is one of the missing, and Gertie wanders the city streets where many of the abductions took place, using herself as bait with a high-voltage stun gun in her pocket. Charlene reluctantly offers to trail her in a car, just in case she does lure the kidnapper and things go wrong.

Unfortunately, the women find themselves the source of unwanted fame. And now they’re on the radar of a very, very dangerous man…