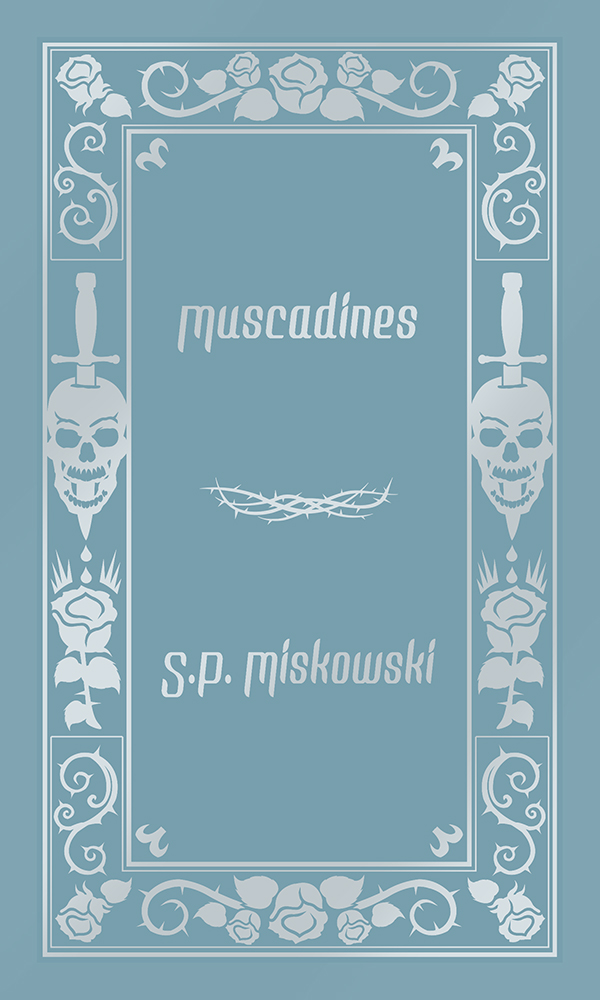 The death of Ruth Parker reunites her daughters, three women scarred by a childhood of nightmares and mysterious secrets. Now they must choose a less violent path—or embrace their mother’s terrifying legacy.

“A horrific and disturbing tale, one of creeping dread…the best novella I read in 2016, the one that cut the deepest.” – Peter Tennant, Black Static #56

“Muscadines is an essential read for anyone who considers themselves a connoisseur of atmospheric, insightful, powerful literary writing.” – Paul Michaels, This Is Horror

“Nobody does very bad women like Miskowski, and this deeply disturbing story further establishes her as a master at exploring the psychological terrain of the kind of women who aren’t supposed to exist.” – Lynda E. Rucker, author of You’ll Know When You Get There

“Alternating between memory and confrontation, the narrative lays bare the secrets and sins that have bent and warped the lives of the three Parker sisters. Their efforts to reconcile themselves to their dark inheritance, the lengths to which they must go to reckon with their mother’s legacy, lead to a stark, powerful climax. Its prose equally fearless and graceful, Muscadines offers ample evidence why S.P. Miskowski has emerged as one of those writers who must be read.” – John Langan, author of The Fisherman

“S.P. Miskowski’s Muscadines is a glorious, heady rush of red clay dusted prose. Here she unpacks for us something lovely; something with lips and teeth stained crimson. With prose that dances between poetic and razor sharp simplicity, Miskowski has created a story that will linger in the darkest rooms where you store your secrets.” – Kristi DeMeester, author of Such a Pretty Smile

“S.P. Miskowski has real star power. Muscadines is a fine example of her Neo-Gothic chops.” – Laird Barron, author of The Croning and The Beautiful Thing That Awaits Us All