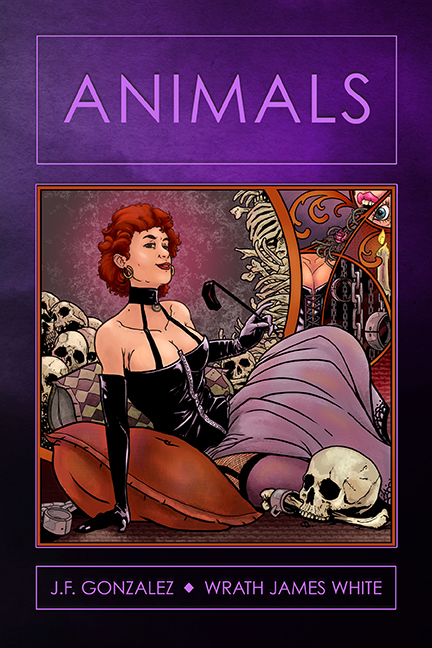 MONSTERS – In one family’s home, there is a section of the basement locked-up. After their mother doesn’t come home and their drunk dad refuses to contact the authorities, the kids take it upon themselves to uncover their family’s secrets. What they find is more disturbing than they ever could have imagined.

ANIMALS – In New York City, there is an underground S&M scene where any decadent and depraved pleasure can be had for a price. When a young man gets caught up in the scene and disappears, his friends go in search. But their path will lead them to the darkest pits of human desire.