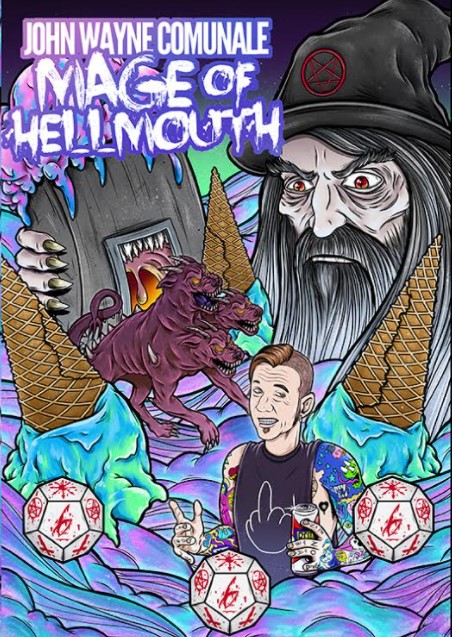 Jake loves his job working for a local family-owned craft ice cream factory. That is, until he’s transferred to the company’s main facility on the other side of town. The new workplace means new rules. And that means no more showing up on the job stoned and having two beers for lunch. The new position makes him uncomfortable and, while he’s told there are numerous coworkers, they never seem to be around much when he’s there. When his best friend goes missing and his new supervisors show up at a party, Jake begins to dig deeper. All of the strange occurrences seem to connect to a discontinued role-playing game Jake owned as a child, Mage of the Hellmouth. It all leaves Jake wondering what secrets are hidden in the ice cream.