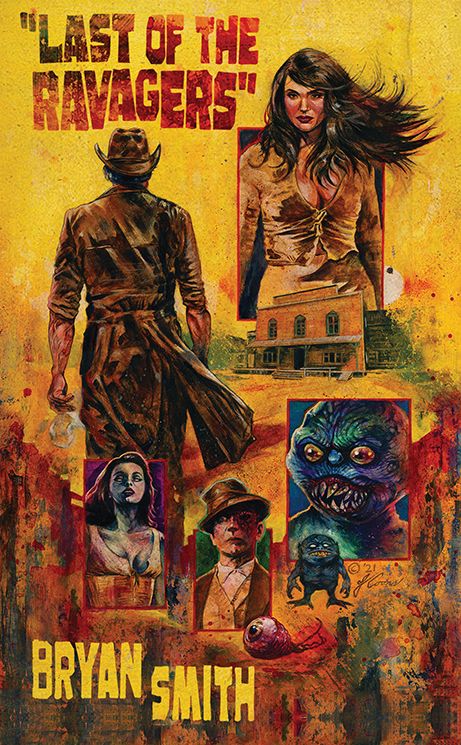 Last of the Ravagers
by Bryan Smith

Snakebite is a sleepy town in the middle of the Arizona desert. Nothing much exciting happens there. Until, that is, a terrified bounty hunter rides in raving about monsters.

Shortly thereafter, a stranger named Doyle shows up, a mysterious figure with powerful magic at his command. Alternately known as the Lord of the Dead and the Last of the Ravagers, the renegade wizard seeks even greater power, the source of which resides in the heart of Snakebite.

As monsters and dead things rise and lay siege to the town, a band of citizens must come together to make a desperate last stand.