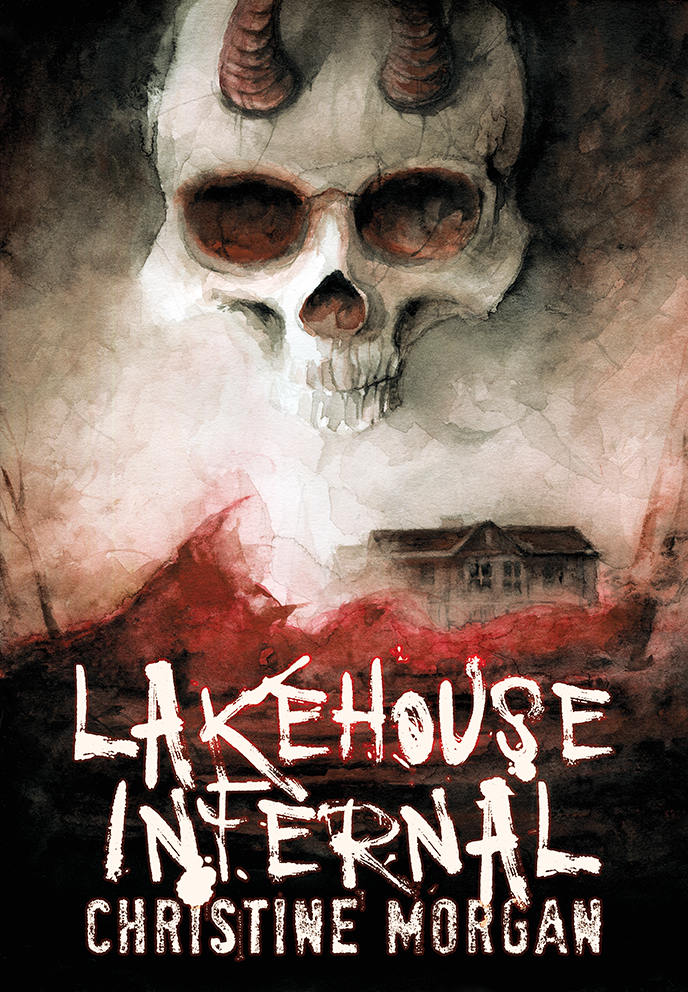 “Lakehouse Infernal is the coolest, ball-bustingest, most outrageous, and most ENTERTAINING horror novel you’re likely to find in a long time.” – Edward Lee author of CITY INFERNAL

Lake Misquamicus was an unremarkable lake in Florida, unremarkable that is until suddenly it was filled with six billion gallons of blood, bile, pus, piss, shit and …things… directly from the pits of Hell. First the public was in shock, then the government built a wall, and as time passed it became another urban legend. But for some, it has become a travel destination. Spring-breakers, drug-runners, and religious nuts. But a weekend getaway on the shores of Hell, may not be the safest idea…

With an introduction by and officially endorsed by splatterpunk legend Edward Lee, LAKEHOUSE INFERNAL is an official entree in Lee’s infamous INFERNAL series. Christine Morgan (SPERMJACKERS FROM HELL) expands on this universe with her own twist of hardcore horror tourism.

“Think Spring Break, only instead of a beach house, it’s a lakehouse, but the lakehouse IS IN FUCKIN’ HELL, that’s right, a chunk of Hell that’s been upheaved and pushed up into our pretty little world–sunny Florida, no less!” – Edward Lee