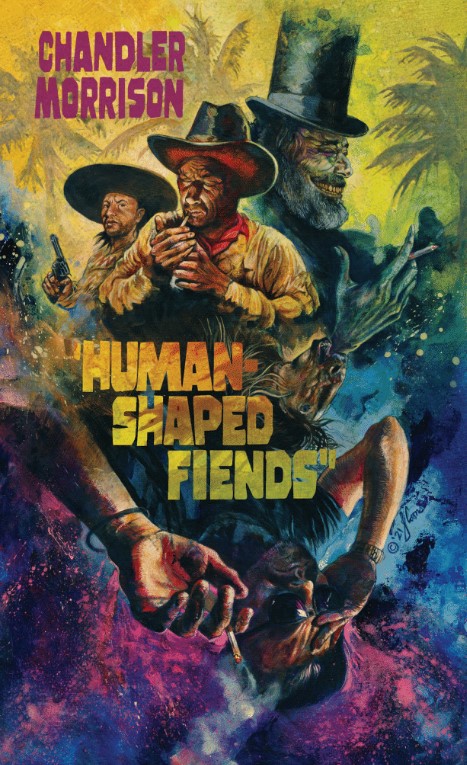 LOS ANGELES, 1854. Felipe Alvitre and a band of teenage outlaws set out on a brutal, seemingly random killing spree across the San Gabriel Valley, ignighting the ire of the Los Angeles citizens. Sheriff James Barton wrestles with a rapidly escalating crime rate and a populace that demands more from their corrupt, do-nothing legal system as the bodies continue to pile up. The crimes of the young Alvitre gang become symbolic of a greater frustration, and the sheriff faces mounting pressure to bring the outlaws to justice. His greatest battle, however, comes from within, and his responsibilities soon play second fiddle to his struggles with addiction and his toxic, unrequited love for a mysterious prostitute.

LOS ANGELES, 2021. Self-obsessed, pretentious, womanizing novelist Chandler Morrison has been contracted to write a Western. He knows what kind of book his fans want, but he’s torn between his commitment to the craft and the “brand” to which he believes he is expected to adhere. As he sinks deeper into deluded self-importance while juggling a number of surface-level relationships, the line separating fiction from reality becomes increasingly blurred.