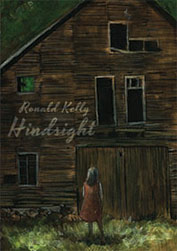 Nine-year-old Cindy Ann Biggs knew things no one else knew; saw things no one else saw. Ever since she had nearly died of typhoid fever, the gift of second sight had been hers. Only it didn’t seem like such a gift when the kids at school or the citizens of Coleman, Tennessee treated her like an outcast…or much worse. Or when her visions resembled nothing so much as her worst nightmares.

Then her older brother, Johnny, disappeared in the vicinity of the old tobacco barn. And Cindy’s visions began to burn with a bloodthirsty, relentless hatred. What horrors lay buried in the cold earth of the old barn? And how could one innocent little girl hope to fight the terrifying evil—an evil that had taken her brother, and that would now turn on the only witness to its monstrous, merciless crimes—Cindy herself!