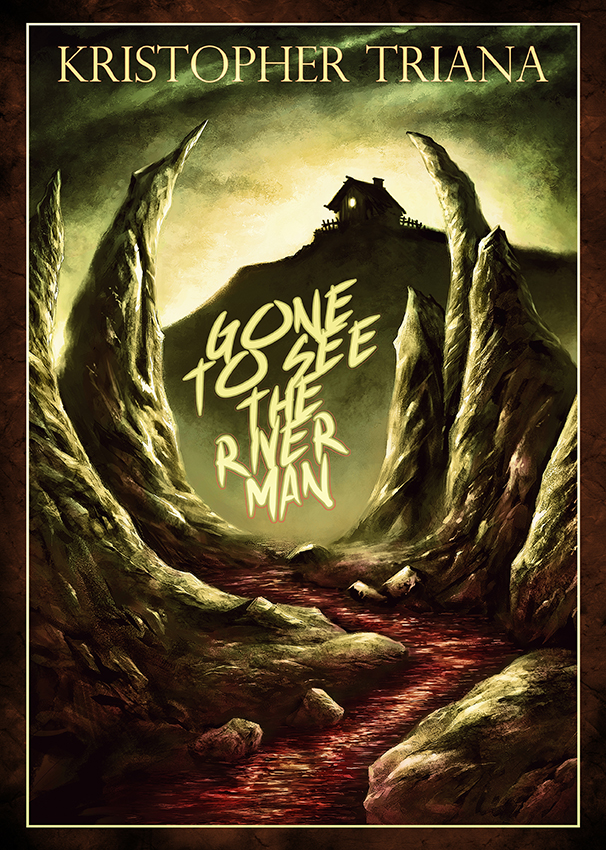 Gone to See the River Man
by Kristopher Triana

These people will give anything for the idols they worship, be they rock stars, actors or authors. Or even serial killers.

Lori is just such a fanatic. Her obsession is with Edmund Cox, a man of sadistic cruelty who butchered more than twenty women. She’s gone so far as to forge a relationship with him, visiting him in prison and sending him letters on a regular basis. She will do anything to get close to him, so when he gives her a task, she eagerly accepts it.

She has no idea of the horror that awaits her.

Edmund tells her she must go to his cabin in the woods of Killen and retrieve a key to deliver to a mysterious figure known only as The River Man.

In her quest, she brings along her handicapped sister, and they journey through the deep, dark valley, beginning their trip upriver. The trip quickly becomes a surreal nightmare, one that digs up Lori’s personal demons, the ones she feels bonds her to Edmund. The river runs with flesh, the cabin is a vault of horrors, and ghostly blues music echoes through the mountains. Soon they will learn that The River Man is not quite fact or folklore, and definitely not human — at least, not anymore. And the key is just the beginning of what is required of Lori to prove she’s worthy of a madman’s love.