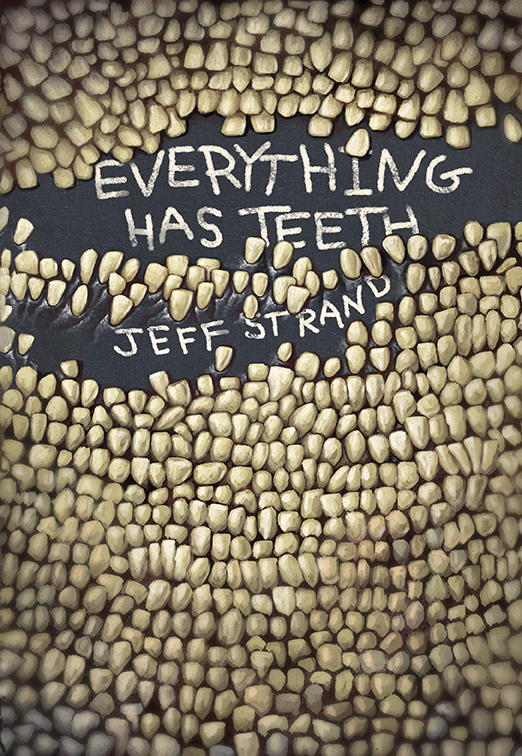 Everything Has Teeth
by Jeff Strand

A city where people are turning gleefully insane. Inescapable blood-sucking bugs. A serial killer who may have discovered proof of alien life. A kinky proposal to “even out” an instance of infidelity. A man whose fingernails are growing at an out of control rate. Twisted new spins on the legends of John Henry and Humpty Dumpty. The all-time worst bathtub in which to bathe a child. The inconvenience of finding a dead Bigfoot in your yard.

These are only a few of the stories in Jeff Strand’s deranged new collection, which includes the brand-new novelette “The Tipping Point,” along with several other macabre tales written just for these bloody pages…