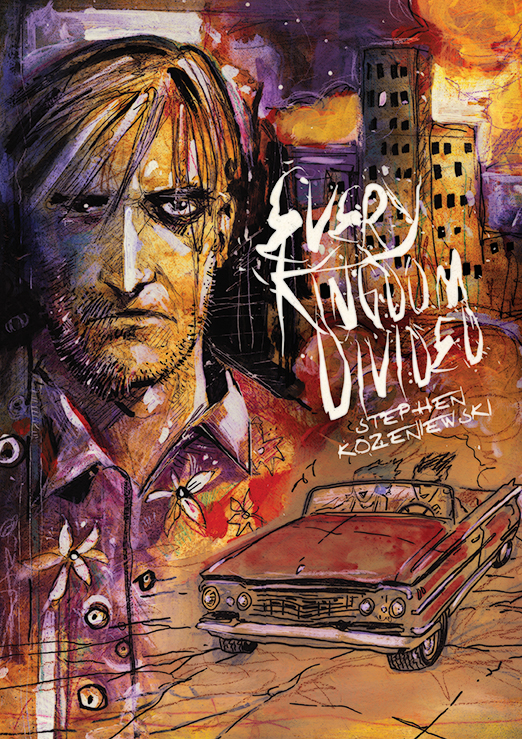 Every Kingdom Divided
by Stephen Kozenwieski

Jack Pasternak, a laid-back California doctor, receives a garbled distress call from his fiancée in Maryland before her transmissions stop altogether. Unfortunately for Jack, citizens of the Blue States are no longer allowed to cross Red America. He is faced with an impossible choice: ignore his lover’s peril or risk his own life and sanity by venturing into the dark heart of the Red States.

When the armies of the Mexican reconquista come marching into Los Angeles, his hand is forced. Joined by a wisecracking barista with a shocking secret, Jack heads east in an old-fashioned petroleum-fueled automobile.

The journey is a minefield of dangers, as they face partisan warbands, feral Wal-Mart dwellers, and missionaries from the Mormon State of Deseret. But all that is merely a prelude to the final showdown between the politicized armies of the former United States, who are poised to clash mere miles from Jack’s missing fiancée…