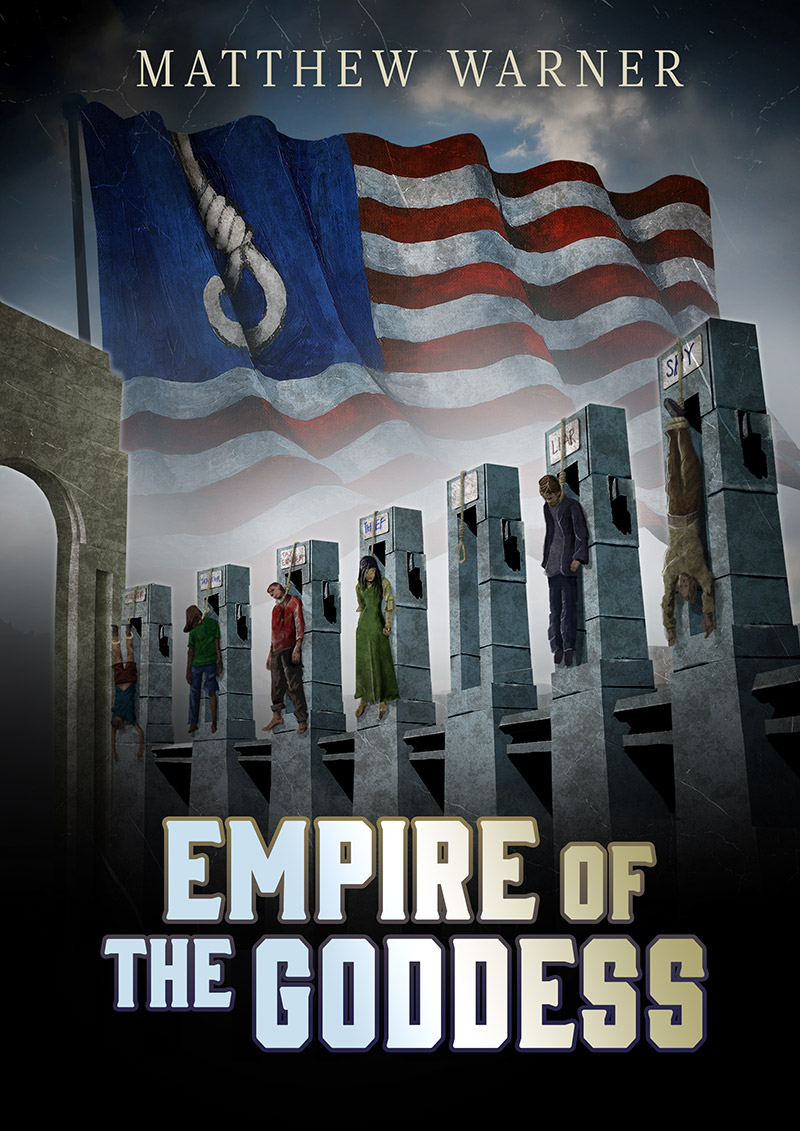 Empire of the Goddess
by Matthew Warner

When Thomas Dylan’s young son disappears from their Virginia home, there’s no clue what happened until exactly one year later. That’s when robed men abduct Thomas at the point of an electric cattle prod.

They throw him onto a train, which takes him to a parallel version of Washington, DC. There, criminals hang from monuments. The robed men are from an imperial priesthood that abducts people from our world for sacrifice — and Thomas is next.

After barely escaping, he begins a journey to find his son. This means eluding authorities and navigating a society suffering from horrific diseases. When an Earthling dies here, his body releases energy that cures anyone standing nearby. This is how the priests have maintained their control — by raffling off sacrifices.

If an Earthling lives long enough, however, he’ll develop magical powers. Thomas eventually can cure disease, walk on water, and raise the dead. If anyone can stop the priests, it’s him. But this means deciding whether to find his son or save the world.

“Empire of the Goddess has some of the most exciting beginning chapters I’ve read in a long while, and the pace never lets up from there. Matthew Warner’s considerable horror-writing chops ensure that Empire of the Goddess is an effective and frightening alternate-world nightmare — highly recommended!”
— Norman Prentiss, author of Odd Adventures With Your Other Father and The Apocalypse-a-Day Desk Calendar

Matthew Warner is a writer in the Shenandoah Valley, Virginia. His most recent works include The Organ Donor: 15th Anniversary Edition and Dominoes in Time, reprinting nearly 20 years of horror and science fiction stories. He lives with his wife, the artist Deena Warner, and sons, Owen and Thomas. More info at matthewwarner.com.