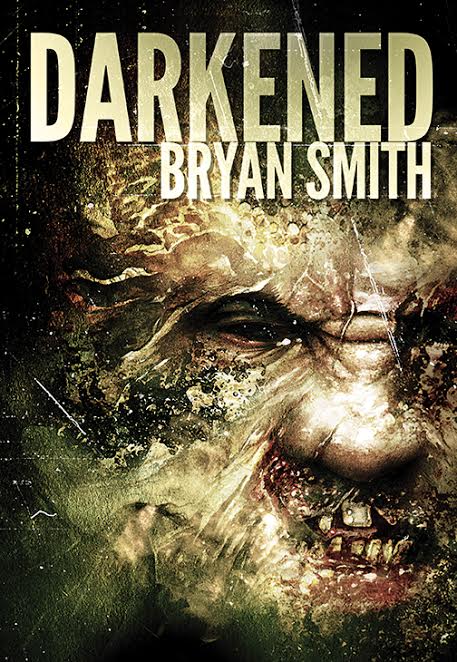 Horror writer Bryan Smith, author of Depraved, The Killing Kind, and The Freakshow unleashes an epic work of apocalyptic horror. In DARKENED, a full-length novel of approximately 90,000 words, an infinitude of alternate realities exist side by side. From the dawn of time, each of these alternate realities has been beyond the reach of the others.

The wall separating earth and another of the realities crumbles. The fabric of existence itself unravels. Soon an army of winged creatures tears its way into our world, laying waste to the entire planet. But this is only the beginning of the human race’s nightmare. A strange rot begins to infect our world, causing inorganic matter to decay at an accelerated rate. Gleaming modern skyscrapers fall to ruin in a matter of weeks. Cars become rusted hulks.

Two other creatures from the alien realm, each far more powerful than the winged warriors who decimated the planet, have also slipped into our world. One exists only to kill and destroy. The other is its ancient enemy and has come to earth in a final attempt to vanquish The Dark One.

Some of the surviving humans find themselves used as helpless puppets by the opposing forces. They are pawns in a larger game destined to end in a final showdown that will determine the ultimate fate of the world.

Emily Sinclair, a Nashville singer-songwriter, is no puppet. She survives through a combination of guts and sheer luck. She and Jake Dunham soon find themselves caring for an orphaned little girl named Abby. But there is more to Abby than meets the eye.

Warren Hatcher is Emily’s ex. On the day the world dies, he and his current girlfriend, Amanda, begin a journey south to reach her family. But things go awry and Warren is soon propelled in another direction–back to his former hometown of Nashville.

Jeff Wheeler is an ordinary man, a mechanic who also lives in Nashville. Something strange happens to him in the wake of the alien invasion. He is now Captain Flash Wheeler, the One True God. And he has a new purpose.

To walk down Salvation Road on Judgment Day.