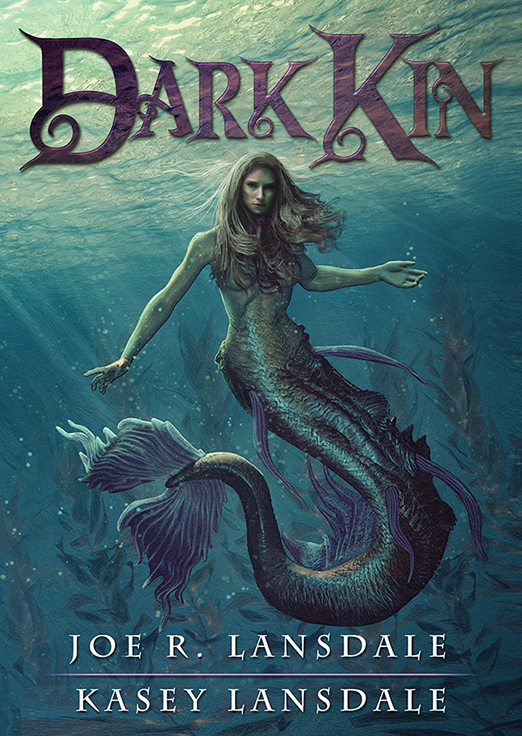 You’ll find these captivating and extraordinary tales all within Lansdale and Lansdale’s, Dark Kin.

Award winning author Joe R. Lansdale has teamed up with his daughter, Kasey Lansdale, to bring you a short story collection that dives deep into the shadows, and the dark realms of the imagination.

Welcome to the family…

The Case of the Ragman’s Anguish

Joe R. Lansdale is the internationally-bestselling author of over fifty novels, including the popular, long-running Hap and Leonard series. Many of his works have been adapted for television and film, most famously the films Bubba Ho-Tep and Cold in July, and the Hap and Leonard series on Sundance TV and Netflix. Lansdale has written numerous screenplays and teleplays, including the iconic Batman the Animated Series. He has won an Edgar Award for The Bottoms, ten Stoker Awards, and has been designated a World Horror Grandmaster. Lansdale, like many of his characters, lives in East Texas.

Kasey Lansdale has been in the fiction world since birth as a writer, editor, audio book narrator, and creative professional. Based in Los Angeles, Lansdale is an active voting member of the HWA, and currently serves as executive editor at Pandi Press. As an author and editor, she has released numerous short-stories and anthologies from publications such as Harper Collins, Titan Books, and more. Lansdale has had her fiction adapted for television, as well as comic books, and her first scripted audio drama is in production. She lives in LA with her boyfriend, and some type of poodle doodle.