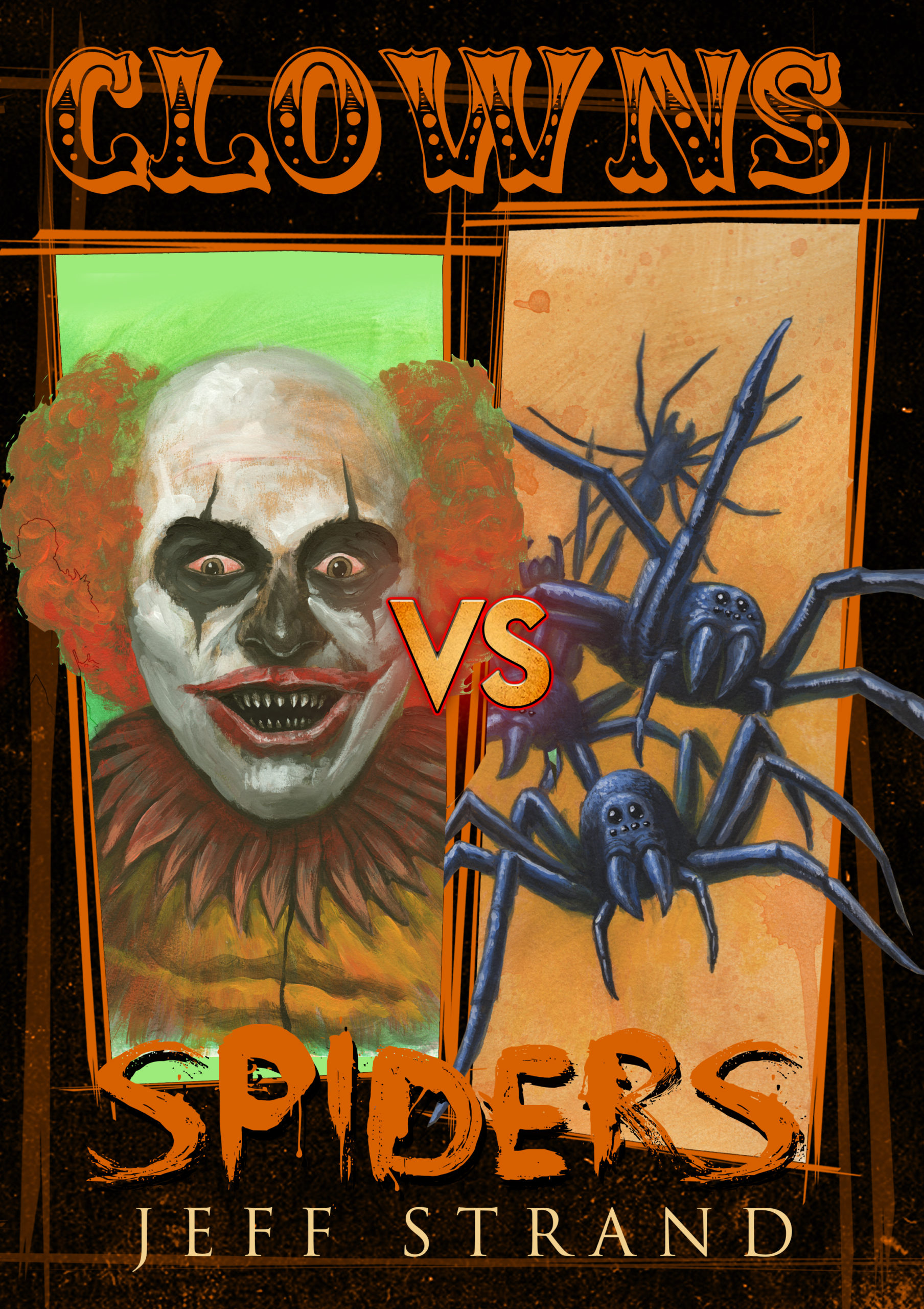 Clowns VS Spiders
by Jeff Strand

Jaunty the Clown just wants to entertain families with lighthearted slapstick antics, but people think of clowns as terrifying, nightmarish creatures who hide in closets or under beds. When Jaunty, along with his fellow performers Guffaw, Wagon, Reginald The Pleasant Clown, and Bluehead are fired from the circus, they’re told that the world just doesn’t like clowns anymore.

Still, clowns have to eat. And since these clowns don’t eat children, to make ends meet they’re eventually forced to take a job in a popular haunted attraction, the Mountain of Terror. Instead of charming entertainers, they’re now scary clowns. A zombie clown. A demon clown. A creepy doll clown.

But the town is about to discover something more frightening than clowns. Because on opening night, millions of oversized spiders emerge from a cave and begin their deadly invasion…