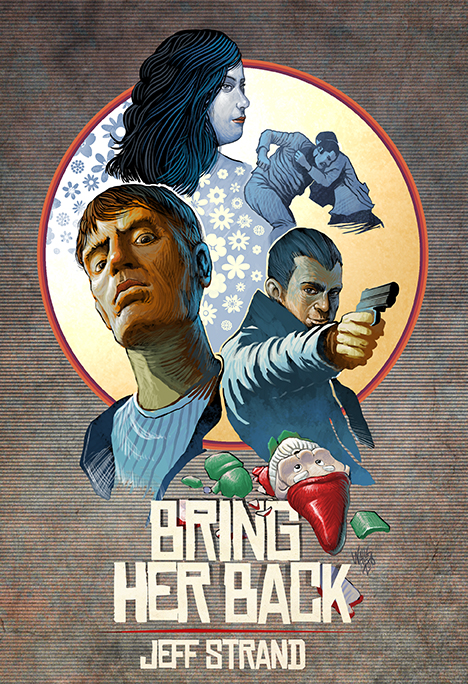 Bring Her Back
by Jeff Strand

Frank knows that he’s creepy. There’s nothing he can do about it. His creepiness–along with the fact that his father once killed eleven people in an office shooting—has kept him from ever having a girlfriend. When he finally works up the nerve to ask Abigail out on a date, after buying flowers from her every day for the past three months, he’s sure she’ll say no. Maybe she’ll even recoil or spit in his face. But she accepts his invitation. He’s sure it must be a cruel prank. It’s not. These two kind-hearted but weird souls have found each other, and Frank thinks his life is about to change for the better. But this is not a love story. This is a tale of revenge and madness. From the author of PRESSURE, BLISTER, and SICK HOUSE comes Jeff Strand’s darkest novel yet. “BRING HER BACK is like a Jack Ketchum novel packed with dark humor.” – Michael McBride, author of SUBHUMAN