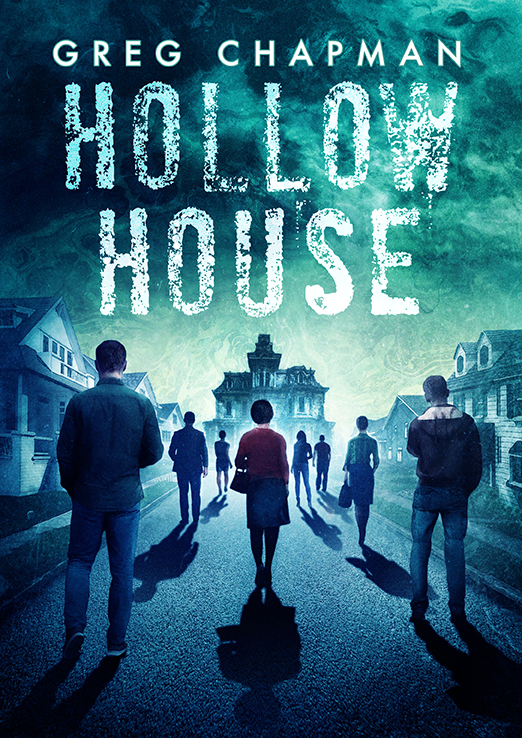 No one in Willow Street pays it any notice, not the disgruntled Campbell family next door, not Alice Cowley and her suicidal daughter, or Mr. and Mrs. Markham down the road. Not even Darryl, the loner at number seventy, who is abnormal himself, thinks much about it. It is just the old Kemper House, forgotten and abandoned.

Until it makes itself known.

When the stench of death wafts from Kemper House through Willow Street, and comes to the attention of recent resident and newspaper reporter, Ben Traynor, it starts a chain of horrors that brings Kemper House’s curse into their own homes and leads others direct to its door. Kemper House not only haunts its neighbours, it infects them with an evil that traverses time and reality itself.

“A truly disturbing tale of horror and twisted minds. If you live on the same street as Hollow House – MOVE!” -Jonathan Maberry, New York Times bestselling author of Ghostwalkers and Patient Zero

“The real hauntings in Greg Chapman’s compelling, unnerving Hollow House don’t happen in the title structure, but in the finely-observed families surrounding it. This unusual, sometimes horrifying and sometimes tragic tale may well make you look at your own neighborhood in a whole new (dark) light. Highly recommended!” – Lisa Morton, Bram Stoker Award-winning author of The Castle of Los Angeles

“With his debut novel, Greg Chapman takes the standard haunted house trope and puts it through a bloody ringer. Hollow House, an engrossing yet horrifying tale about that nondescript, near-to-condemned house-next-door we have all encountered at some point in our lives, joyfully reeks of the dark memories of Poe and Lovecraft. A first-rate thriller, don’t read this one alone, or in the deep of night, because that creak you hear might be more than just the old bones of your house settling. Yes, it might be much more.” – Brian W. Matthews, author of Forever Man, Revelation, and The Conveyance

“Hollow House is a taut, unnerving and often heartbreaking look at the horrors that surround us and the madness within. Chapman turns a familiar suburban neighbourhood into a living nightmare and paints a very bleak portrait of human behaviour. A chilling debut novel.” – Brett McBean, author of The Mother, Wolf Creek: Desolation Game, and The Invasion

“As pure a slice of American Gothic as you will ever find, with Robert Bloch and Stephen King never far away.” – Glam Adelaide Magazine

“Hollow House is much more than a simple haunted house story…this is a dark and gruesome tale, with an ever-increasing creep factor.” – Frank Michaels Errington, Horrible Book Reviews

“Hollow House is Chapman’s first novel. It promises much, and it delivers on its promises. Traditional yet unconventional, familiar in details yet eerily different and twisted, it does something entirely different with the Bad House…and makes it much Worse.” – Collings Notes

“Chapman’s story has moments of pure body horror countered by unnerving elements of psychological thriller and the occasional whispers of Lovecraftian horrors from beyond the stars.” – Horror Novel Reviews

“Hollow House, by Greg Chapman is a haunted house story on steroids. This is the first story I’ve read where the house haunts the whole neighborhood and it was this concept that made the story original. I’ve read a lot from Greg Chapman and was really looking forward to this book and it didn’t disappoint.” – Horror Addicts

“Hollow House packs a rather dark punch with a very different take on the classic haunted house tale.” – THE HORROR FICTION REVIEW