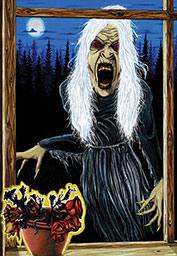 In the late 1800s, deep in the woods of a small New England town, something is called forth for the purposes of revenge and death. Something evil, something blodthirsty, something unstoppable.

Now, what has lain dormant for over a century has been released on four unsuspecting teens trying to enjoy a quiet weekend alone. All they want to do is enjoy some movies and play some games. But their fun is cut short, and what starts as a series of strange and unsuspecting events soon turns into a bloodbath in which no one is safe.

Hunter, Josh, Gemma and Kailyn have only hours to figure out how to survive, because the Hobbomock is getting closer, and if it gets its hands on its quarry, the world will never be the same.