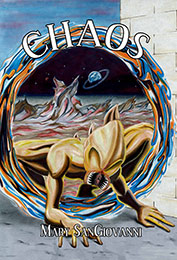 From the author of the Hollower Trilogy and Thrall comes a terrifying new novel of madness and horror….

The Bridgewood Estates apartments are clean, modern and new—the perfect place for Myrinda and her boyfriend Derek to start a new life together. But the apartments have an extra feature not advertised—they’re built on a gateway to another world, an abyss of chaos from which horrific monsters known as the chaotic ones have come to spread their insanity sickness. As the tenants of Bridgewood descend into lunacy, unthinkable acts and violent deaths accumulate around Myrinda and Derek. They’ll have to fight Myrinda’s own growing madness or succumb to the whims of the chaotic ones.