THE 4TH THREE-BOOK SET IN THIS EXCITING SERIES FROM THUNDERSTORM BOOKS. 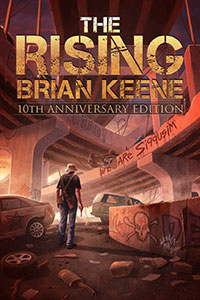 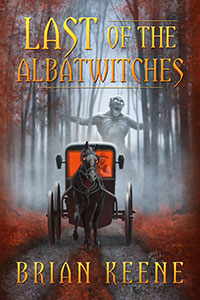 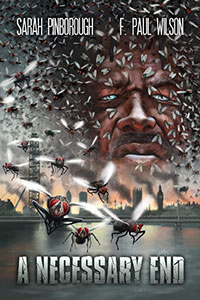 The classic that helped start a pop culture phenomenon — back in print and UNCUT!

Since its 2003 debut, Brian Keene's THE RISING is one of the best-selling zombie novels of all-time. It has been translated into over a dozen languages, inspired the works of other authors and filmmakers, and has become a cultural touchstone for an entire generation of horror fans.

THE RISING is the story of Jim Thurmond, a determined father battling his way across a post-apocalyptic zombie landscape, to find his young son. Accompanied by Martin, a preacher still holding to his faith, and Frankie, a recovering heroin addict with an indomitable will to survive, Jim travels from state to state and town to town, facing an endless onslaught of undead hordes, and the evils perpetrated by his fellow man.

This brand-new, author's preferred edition, restores nearly 30,000 words of material that was cut from the original edition. These new chapters, which have never been seen by anyone before now, expand the original story, adding new depths to characters and more horrific situations. You may think you've read THE RISING, but you haven't read it all until you read this edition!

2. Last of the Albatwitches by Brian Keene

Brian Keene's popular occult detective Levi Stoltzfus is back in an all-new novella!

There's an old Pennsylvania Dutch legend about the forest surrounding Chickies Rock — how it's the home to a reclusive race of Sasquatch-like creatures known as the Albatwitches. Levi Stoltzfus has long thought these gentle forest-creatures to be extinct, but after investigating a young woman's strange death, he's not so sure.

Now, Levi's racing against both the Cryptid Hunters reality television team and a squad of private security contractors from the mysterious Globe Corporation, to unravel the source of the legend and determine what manner of monster has turned the forest into a killing ground. But even if he solves that riddle, he still has to figure out why his magical abilities have suddenly stopped working... and what that means for the future of those he is sworn to protect — and himself.

3. A Necessary End by Sarah Pinborough and F. Paul Wilson

LIFE CAME OUT OF AFRICA…

It spreads like a plague but it’s not a disease. Medical science is helpless against the deadly autoimmune reaction caused by the bite of the swarming African flies. Billions are dead, more are dying. Across the world, governments are falling, civilization is crumbling, and everywhere those still alive fear the death carried in the skies.

Some say the flies are a freak mutation, others say they’re manmade, but as hope of beating them fades, most turn to the only comfort left and see the plague as God’s will. He sent a deadly deluge the last time He was upset with mankind. This time He has darkened the sky with deadly flies. And perhaps that is true, for so many of the afflicted speak with their dying breaths of seeing God coming for them.

But not everyone dies. A very few seem immune. They call themselves mungus and preach acceptance of the plague, encouraging people to allow themselves to be bitten by “the flies of the Lord” so that they may join Him in the afterlife.

Nigel, an investigative reporter, searches the apocalyptic landscape of plague-ravaged England in search of Bandora, a kidnapped African boy. On a quest for personal redemption as well as the truth, his search takes him away from the troubles he can no longer face at home, and into the world of the head mungu, a man who speaks truth in riddles and has no fear of the African flies. A Necessary End is about apocalypse, about love, about the fragile bonds that hold marriages and civilizations together. But mostly it’s about truth — how we find it, how we embrace or reject it, and how we must face the truths within ourselves.

Sarah Pinborough is a critically acclaimed award-winning author of horror, crime and YA fiction. She has also written for "New Tricks" on the BBC, and has a horror film and an original TV series in development. She lives in London.

F. Paul Wilson is an award-winning, NY Times bestselling author of over 50 novels in many genres and numerous short stories translated into twenty-four languages. He is best known as creator of the urban mercenary Repairman Jack.


Your paypal receipt is your order confirmation.