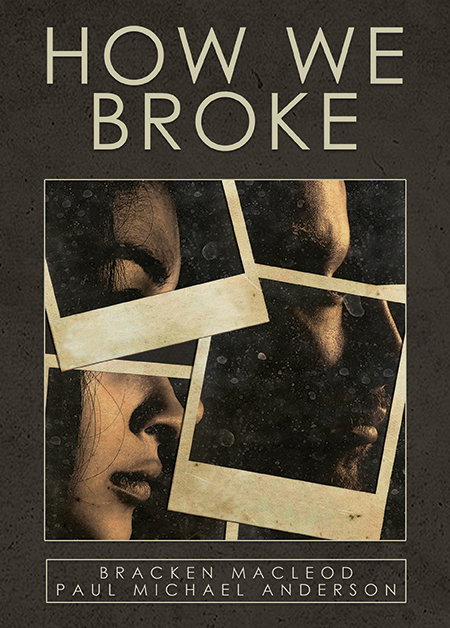 How We Broke
by Bracken MacLeod and Paul Michael Anderson

Flip the Polaroids like a deck of cards, fan them in your hands. See the age-tinged colors mingle; shifting and mutating into an earthy kaleidoscope. Watch the images themselves creating an original composition. A new story that you could reorganize as you will. Any story can have a happy ending if you edit carefully.

Dani and Eric spent their childhood summers at a cabin deep in the woods. Now a rebuilt luxury vacation property, it’s as distant from what it once was as they are from each other. Drawn to the house after their father’s death, the siblings try to reconcile their estrangement from one another. But the past isn’t the past, and the Polaroids Dani took their last summer together are a reminder of how present their pain really is. With storm clouds gathering …and an apparition stalking them from the shadows…Dani and Eric cannot escape the looming reminders of the tragedy that has defined, and might end, their lives.

“MacLeod’s fiction is full of traps—some physical, some psychological, none easy to wriggle free of.” – Terrence Rafferty, The New York Times Book Review