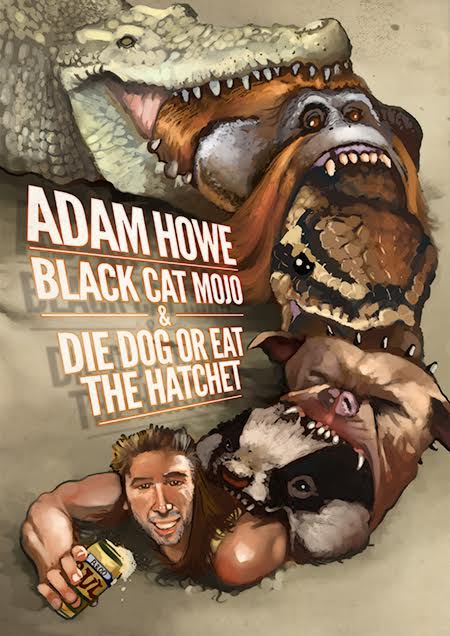 JESUS IN A DOG’S ASS

Dumbass desperadoes incur the wrath of a trailer trash church group when they kidnap a Jack Russell Terrier with the image of Jesus Christ on its butt.

FRANK, THE SNAKE, & THE SNAKE

Schmuck mob associate Frank Piscopo emerges from Witness Protection to embark on a disastrous drug deal that leaves him fighting for his life against a giant Burmese python with a taste for Italian-American.

Boxer turned strip club bouncer Reggie Levine leads a misfit posse on a backwoods safari for the rogue cryptid that abducted the high school football mascot. But as our unlikely heroes venture into the heart of darkness, they will discover worse things waiting in the woods than just the Bigelow Skunk Ape.

DIE DOG OR EAT THE HATCHET

Carjacked and snatched by an escaped mass killer, a timid diner waitress becomes the meat in a maniac sandwich when she and her kidnapper encounter deranged twin brothers.

Prohibition-era 1930s: A seedy piano player with an eye for the dames gets a new gig at a Louisiana honky-tonk owned by vicious bootlegger Horace Croker and his trophy wife, Grace. Folks come to The Grinnin’ Gator for the liquor and burlesque girls – and for the bloody exhibitions of Big George, the giant alligator Croker keeps as a pet.